Ever wish you could jump into a car that knows you as personally as some of your best chums? Say hello (possibly literally) to Toyota’s new INSECT car. An acronym for “information network social electric city transporter,” the INSECT is Toyota’s response to demands to automakers for more emission reducing, ultra-compact vehicles for our burgeoning metropolitan landscapes. 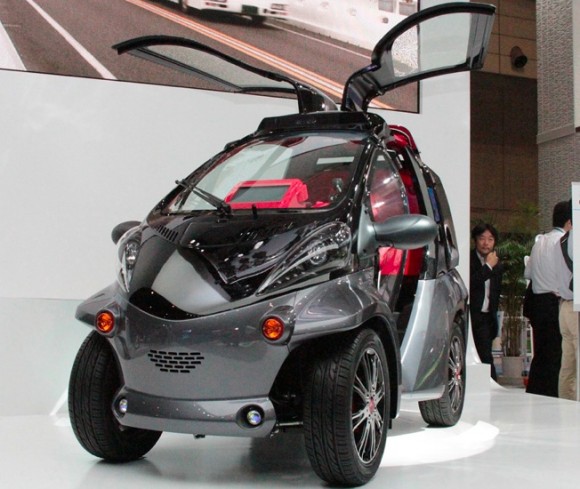 Unveiled this month CEATEC 2012, Japan’s largest consumer electronics show, the INSECT is almost like a smart phone you can drive. Operated on Toyota’s cloud services, combined with behavior prediction technologies, the all electric INSECT will get to know your most common destinations and as it “gets to know you better” may recommend restaurants or music you may like. It will also allow you to lock up your house or turn on the air conditioner on the way there. And thanks to Microsoft Kinect technology, the car will even learn to recognize your face and body movements. Wave or say hello and the INSECT might greet you with lights, sounds, and messages.

Tough luck if you’d like to take your lady to the movies, this concept car is only built for one. The INSECT is essentially an eco-friendly commuter mobile that offers an efficient and pleasant ride to the office. And with some hip gull wing doors and futuristic curves this would be the perfect car to show off to your co-workers. 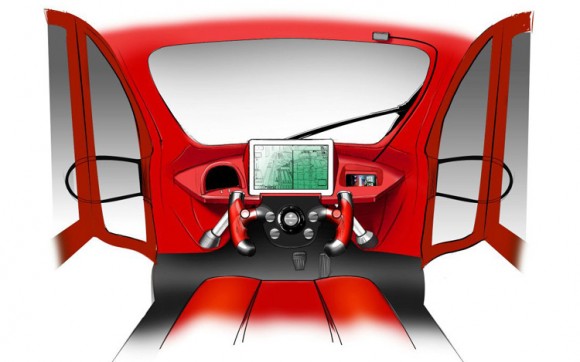 In the future, cars like these might be commonplace, but until better battery technology catches up in most countries the INSECT will stay a prototype simply meant to wow and allow press to wax poetic about the future of automobiles. Until then we’re stuck with Toyota’s equally futuristic Coms model, of which the INSECT was based off and is currently only available in Japan. So what are we getting at? No flying cars yet, but thanks to companies like Toyota and cars like the INSECT… we’re getting there.