The drone craze has made camera wielding fliers come way down in price, and the UDI U818A 2.4GHz 4 CH 6 Axis Gyro RC Quadcopter with Camera RTF Mode 2 boasts a $50.45 tag. 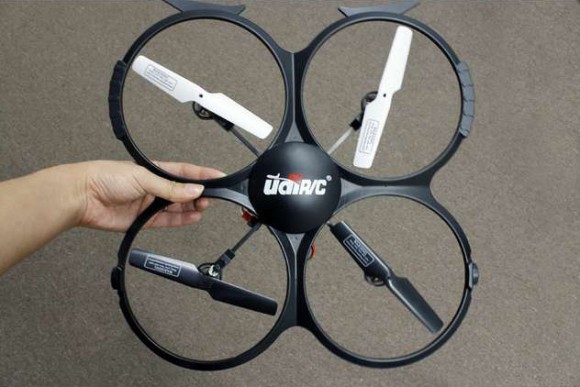 Though Amazon considers this a toy, you need not!

For anyone, albeit a curious kid that has outgrown paper airplanes to physics instructors to anyone needing a great gift, the U818A drone flies cheap and flies high.

The humble hobbyist can go rogue as a spy in her majesty’s secret service with this impressive 4.6 ounce quadcopter tool.

James Bond can see what his Xenia Sergeyevna Onatopp is doing atop the Russian syndicate or stake out the security on rooftops long held in suspicion for housing the mothership of criminal organizations, SPECTRE.

The 6 Axis Gyro gives the aircraft good control, stability, and maneuverability, and she can do 360’s in midair.

The U818A’s controller fits comfortably in the hand and has four channels for maximizing her moves, while leaving the controls simple to wield for first-timers.

The video camera FPV works pretty well in shots from a distance of thirty meters up, so be sure to close those drapes, folks.

One upside is the two-hour charging time for a whole seven to nine minutes of flying time (queue the sarcasm, folks).

Though the length of airtime is a definite downside, another battery could always be found to swap in and extend the cumulous documenting photo op session.

There is simplicity to the modular design that allows for easy repairs or modifications (read the Amazon comments for numerous mods that are out there working away).

You cannot pilot a better drone for the money. 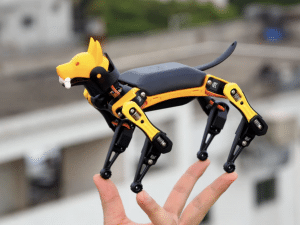 One Response to “$50 Drone Flies Cheap: U818A Quadcopter with Camera”